The Contract with Citizens

When Mr. Jackson took the helm in La Marque, property tax and utility rates hadn’t been increased in more than a decade. For a growing city with aging infrastructure, some tough decisions were made to ensure the future success of our community. A new tax rate and utility rate was adopted for Fiscal Year 2019. Tink made a list of promises based on the new revenue that would be generated.

The FY19 budget included a list of “must do” items that we called our “contract with the citizens”. That “contract”, composed of our list of most needed items, is our promise to the citizens that work and equipment recommended to be funded through an increase in property taxes and utility rates will get done. We will be accountable for making those things happen. - Tink Jackson 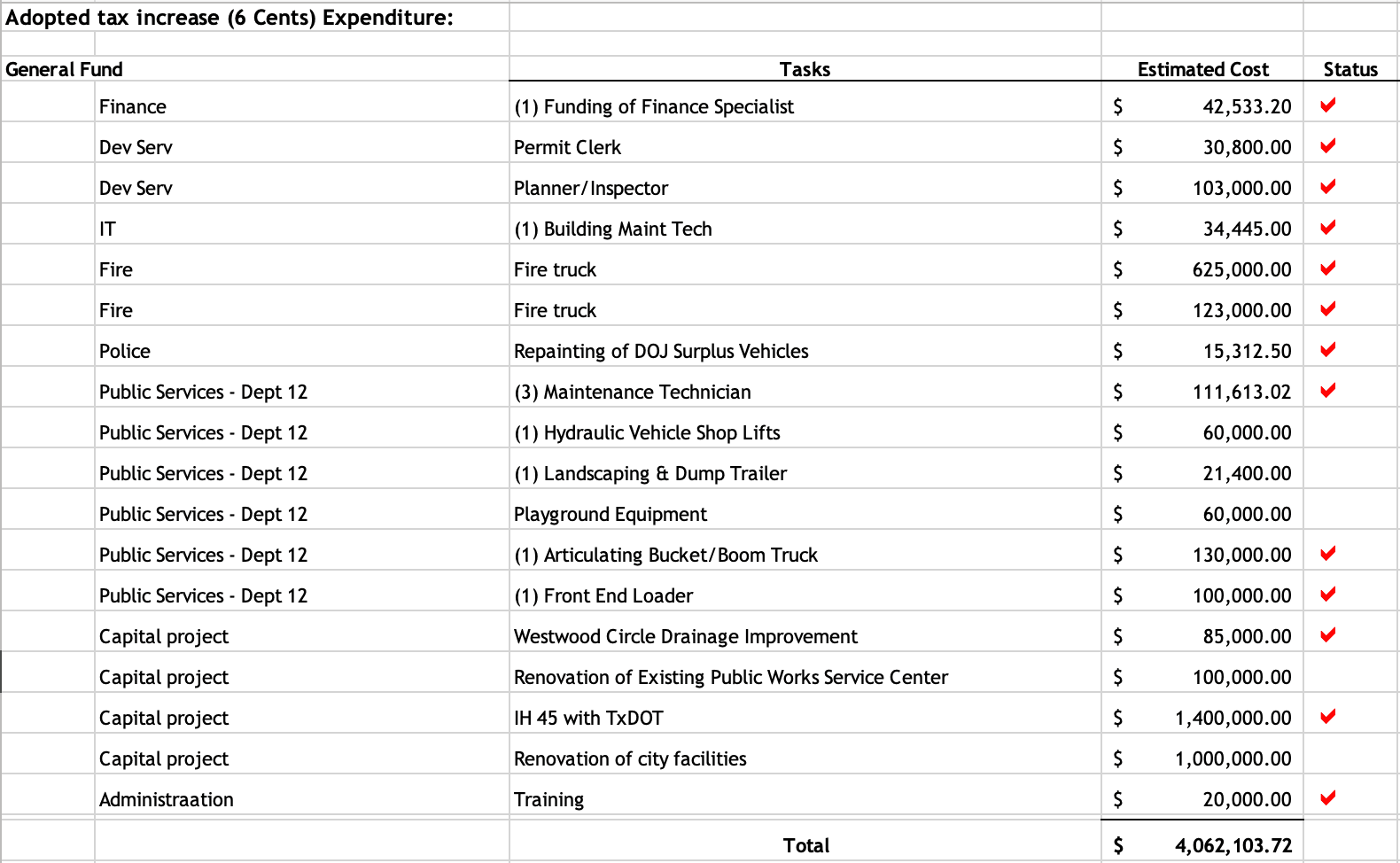 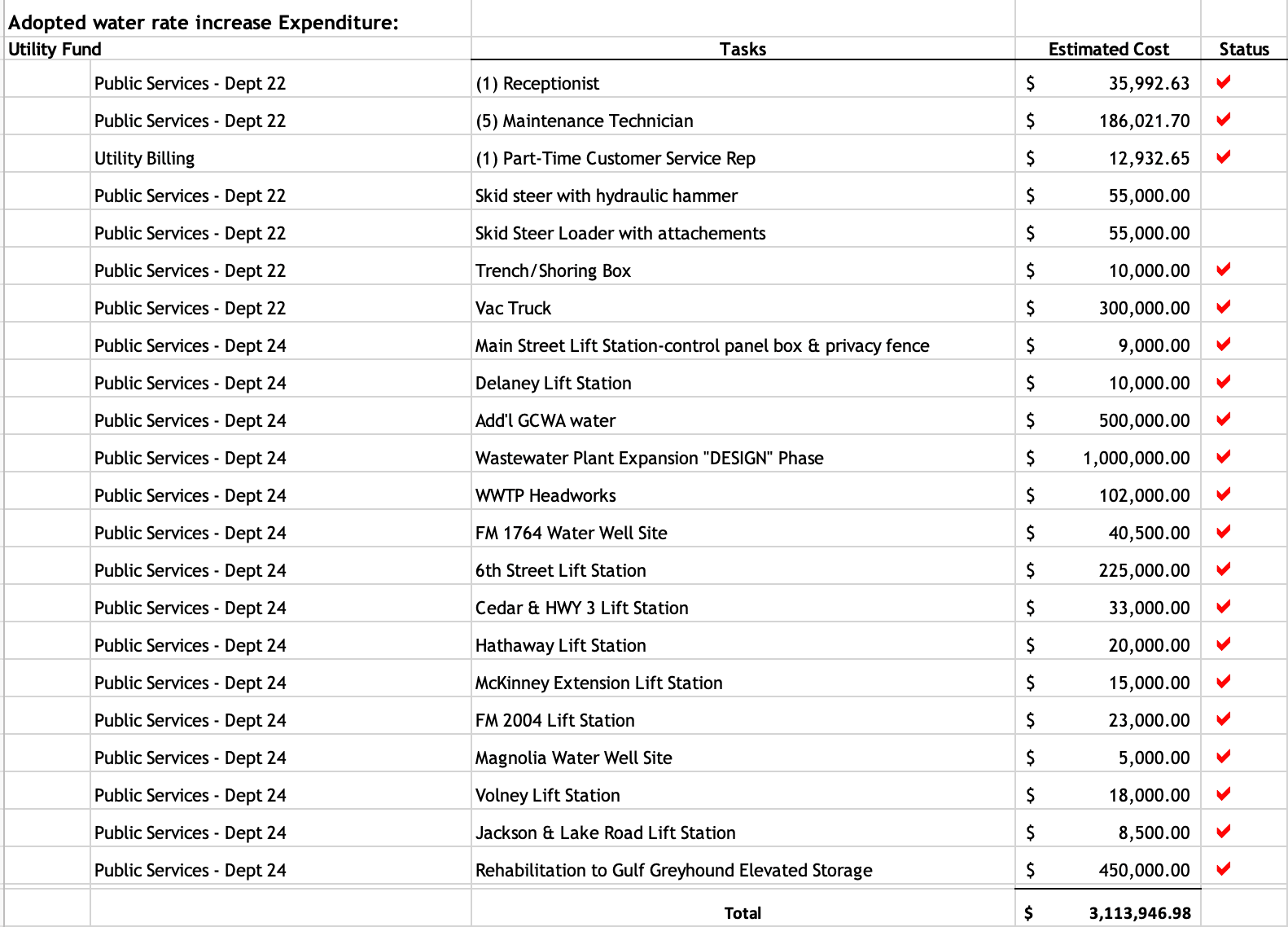